Today was a first for my little man as he helped mommy cook tonight! We tried a recipe my friend, Amanda, posted on my Facebook. You can get it from this photo. 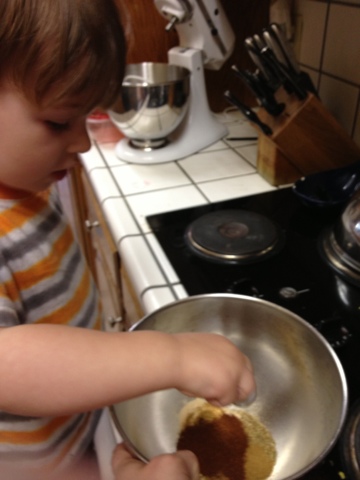 Here's my boy putting the seasonings into the bowl after I measured them out. 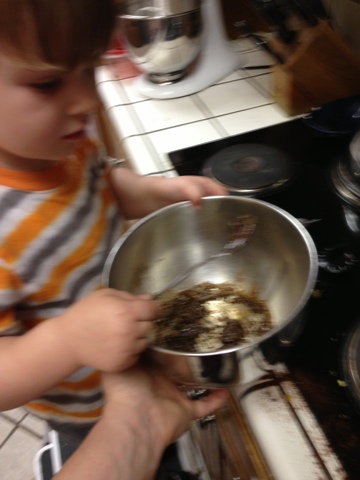 Now he is mixing them together. 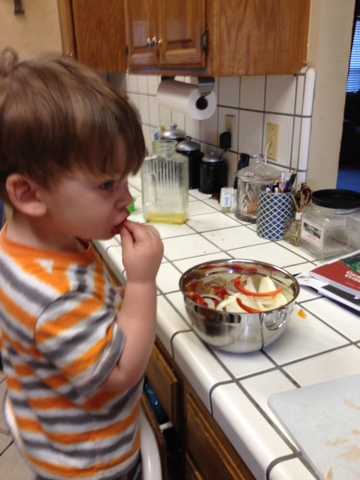 As I cut the veggies he put them into the bowl. You can see that he ate of few of the peppers.

I did make a few changes in my method of the recipe. Instead of putting the chicken in the baking dish and then adding the other ingredients, I mixed the seasonings and oil in the bowl and then tossed in the chicken to get an even coat. The veggies were added after the chicken to the bowl. I also only had orange and red peppers so didn't end up using green. This is one to try, it had a great taste to it and was fairly easy to do quickly, which is always nice. Even better than the recipe was Bubba's help. Its his introduction to cooking!
Posted by Carrie Guy at 6:54 PM No comments: